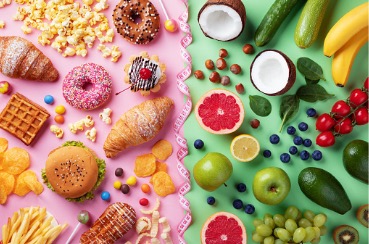 America’s battle with obesity is prompting Washington’s involvement in looking for solutions to reduce obesity rates, particularly in children. Critics fault vending machines and the unhealthy food choices they often carry as a component in rising childhood obesity cases. Additionally, school nutrition programs are being scrutinized and revamped in an effort to provide more nutritious and healthy food choices for children.

In the past the food and beverage industry rejected efforts to limit junk food sales in schools out of concern of falling profits. However, as the Washington Post suggests, it is expected that the food and beverage industry will begin to actively support healthy food choice initiatives in schools because a tangible market exists for many companies. For instance, they use Coca-Cola as an example because Coca-Cola has other divisions that produce other products outside of Coke, such as Dasani water. So if a school shifted the products it carried in its vending machines to be healthier, Coca-Cola would still be a competitor.

Additionally states have begun to fight childhood obesity through regulation on what types of foods may be sold at schools, away from what is sold in the lunch line. Rather than fight impending menu changes at schools from state to state, the industry is looking to partner and influence a national policy, instead of having to face opposing state rules. The food and beverage industry has already begun a mild public relations campaign, announcing its support “that childhood obesity is a complex problem that will take comprehensive solutions. And our industry is stepping up to do our party.”

It remains to be seen how school nutrition programs will change as some supporters advocate for change and discretion of menus on the local levels, while others, namely the food and beverage industry, encourage a national, uniform policy. It is anticipated that the movement to reform lunch menus and vending machine choices in schools will begin later this summer, particularly as Congress has bills in both houses mandating new food standards for schools.

Cancer patients need to be educated of trial...

Reap the Rewards of Career Diversification

Challenges in the Legal Industry

Specialist in the Search & Recruitment of the Top Executive / Sales Talent.