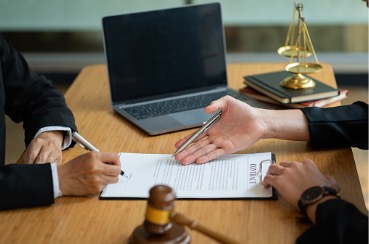 Since the take-off of the social media world, stories hitting the headlines about employees getting fired because of what they have posted on their Myspace, Facebook, or any other networking site have skyrocketed. Most companies have the ability to tap into this social media universe whenever they feel it is necessary to do so. Whether an employer is looking to hire or trying to keep track of certain employees, they are able to access more than employees may know. Most potential candidates or current employees are advised to keep their posted pictures “appropriate.” This is where the problems arise- people argue and debate what “appropriate” exactly means and whether or not limiting what a social media site or an employer can knock into is stripping basic liberties from the population.

Is a company tapping into your Facebook an invasion of your privacy? This debate splits both ways. As The Wall Street Journal reported, “Workers sued a restaurant company when they were dismissed after managers accessed a private Myspace page the employees set up to chat about work.” Another case that hit the headlines at one point was the high school teacher in Georgia, Ashley Payne, who sued the school district for “claiming she was forced to resign over Facebook photos that showed her drinking alcohol during a European vacation,” as stated by her attorney, Richard J. Storrs.

Social Media and the World

Although employers have fired their employees based on what is posted on their Facebook and Myspace pages, the tables do turn. There have also been a plethora of cases where the employee has sued their employer or company for intrusion of privacy. As The Wall Street Journal exemplified, “A worker could file a sexual-harassment suit after a manager repeatedly tries to ‘friend’ her on Facebook. Or an applicant might accuse a hiring manager of reneging on a job offer after learning the candidate’s religious affiliation on Twitter.” Social networking sites draw a fine line for the workplace and the politics that accompany. Although Facebook and Myspace originated in the United States, these social networking sites are now world-wide and the same legal actions are occurring throughout multiple countries.

As The Wall Street Journal cited, “Facebook Inc. ended a long running privacy dispute with German regulators by agreeing to change the way it handles the personal data of non-users of the social network via its ‘Friend Finder’ feature…The compromise resolves legal proceedings that data-protection officials in the German state of Hamburg launched against the social giant in July.” Facebook, like many other social networking sites, had access to private data of non-users, like email addresses, which invaded peoples’ privacy in ways some did not even know possible. Social networking giants like Facebook are being pressured more than ever before to implement change for their privacy settings.

Not only are places like Facebook, Myspace, and Twitter, seen as an invasion of privacy, but so are sites like Google Earth, where there are street views of almost every part of the world-except for Germany. As The Wall Street Journal stated, Germany was the only country to opt out of Google’s Street View mapping service before the product launched…German data-protection authorities broke off talks with Google over privacy concerns related to its Google Analytics tool.”

Legal actions are constantly being taken to try and control the amount of private information that these sites can both give out or find. Back in October, Senator Jay Rockefeller of Virginia asked top executives of Facebook and Myspace to “detail how they safeguard information about users, in the wake of The Wall Street Journal articles revealing privacy breaches on the social-networking sites,” as written in an October 2010 report of The Wall Street Journal. As these sites gain more popularity, additional legal potholes will surface, which will put these social networking communities in an even greater spotlight.

Cancer patients need to be educated of trial...

Reap the Rewards of Career Diversification

Challenges in the Legal Industry

Specialist in the Search & Recruitment of the Top Executive / Sales Talent.

Why Exercise is so Important to your...

Higher salaries among Key trends for 2022

The Most Effective Job Search